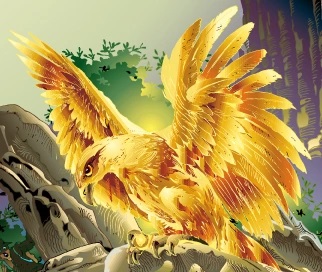 "The Alicanto is a Chilean mythological bird of the Atacama Desert whose wings shine at night with beautiful, metallic colors. A miner who follows it can find rich mineral outcrops or treasures, but if the Alicanto discovers that it's being followed, it will turn off the shining of its wings and scuttle away in the darkness of the night. [Ref: WGSBN Bull. 1, #1, 30]"

(474640) Alicanto is a detached extreme transneptunian object (Kuiper belt I) discovered in November of 2004. There is a prediscovery image back to September of 2000.

It reached the perihelion in June of 2009.

On June 16, 2021, the object (469705) 2005 EF298 and its moon, were officially named ǂKágára and ǃHãunu, respectively.
"In the mythology of the ǀXam people of the Karoo region of southern Africa, ǂKágára  and ǃHãunu fought an epic battle in the east using thunder and lightning, producing mountainous clouds and rain. The conflict was over ǂKáágára returning his younger sister, ǃHãunu's wife, to their parents. [The primary is being named  ǂKágára and the satellite is being named ǃHãunu.]" [Ref: WGSBN Bulletin 1, #3]
The story, recorded in the 19th century in the now extinct ǀXam language of South Africa, tells the dispute between ǂKágára and his brother-in-law ǃHãunu. When ǂKágára came to fetch his sister and take her to their parents' house, ǃHãunu chased them and began to throw lightning at ǂKá̦gára, but ǂKá̦gára was unhurt and one of the rays bounced backwards, reaching ǃHãunu, who died slowly amidst the shaking of thunder.
(469705) ǂKágára is a Kuiper belt object III (Kuiper clift III) discovered in March of 2005.

Its orbit is located in the Kuiper belt. It has a perihelion of 40.00 AU and an aphelion of 47.65 AU. The semimajor axis is at 43.82 AU. It has an orbital period of 290 years and 61 days. It has an inclination of 2.9º. It has a diameter of about 138 + 122 km.
The moon of the object ǂKágára was discovered in January 2009 and was announced in the year 2011.
From 2015 to 2035, several mutual occultations have occurred and will continue to occur between the object ǂKágára and its moon.
It has the following orbital resonances:

Aphelion:
1:2 with Neptune (99.8)
6:7 with Varuna (99.9)
5:3 with Gonggong (99.8)
3:4 with Pluto (99.6)
The object ǂKágára is related with karmic invulnerability and instantaneous karmic returns (2:7 resonance with Uranus).
The object ǂKágára can solve the difficulties faced, by intuitively knowing the factors that cause blockage and how to deactivate or activate it, causing a sudden change of conditions (2:7 resonance with Uranus). And for that, ǂKágára has the ability to hide personal aspects that may interfere in the process (1:2 resonance with Neptune) and the ability to redefine the situation based on unequivocal evidence (11:5 resonance with Eris).
James Marsden, actor of the movie "Straw Dogs" (2011), has ǂKágára in Cancer (low point) (6th Moon-Node House), trine Pallas in Scorpio (low point) (2nd Moon-Node House) [which it is in square with the Crossing Axis of Age Progressions (Signs Horoscope) in the signs Leo/Aquarius]; and (bi)novile Mercury in Libra (3rd Moon-Node House).
Giovanni Ribisi, actor of the movie "Flight of the Phoenix" (2004), has ǂKágára in Cancer (5th Moon-Node House), near Saturn, in (bi)novile@80º with Pluto in Libra (3er Moon-Node House, cusp).
Denzel Washington, actor of the movie "Déjà vu" (2006), has ǂKágára in Gemini (7th Moon-Node House), in (cuadra)novile@160º with the Black Moon in Sagittarius (2nd Moon-Node House, cusp).
Publicado por Amable en 17.6.21

A stellar occultation occurred in October of 2018.

It has the following orbital resonances:

Kumulipo, the Hawaiian creation chant, is made up of 2102 chant phrases, which are grouped into 16 chapters, each of which narrates a stage of the development of life on planet Earth, with successive appearances of increasingly complex species in the marine and terrestrial environment, from the first marine algae to the human being; narrating, also, its social, anthropological and religious development. 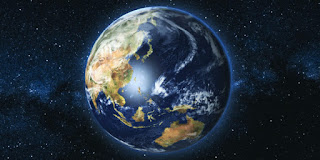 "Leleakuhonua (lele-ā-kū-honua, which means 'fly to land') is a life form mentioned in the Kumulipo:

'Like a bird in a roundabout,
it is always in company with its nest.'

The name compares the orbit of the astronomical object with the flight of migratory birds, evoking a yearning to be near planet Earth." (MPC 123453)

Migration is a great effort and stress for birds, but the life benefits outweigh the risks.

The object Leleakuhonua combines the spiritual intelligence of the inner Oort cloud --based on protection of life and its proper development-- with the emotional strength of the nearby zone of the scattered disc.

Thanks to practical cognitive skills, it has the ability to take steps forward, to recover from traumatic situations, through emotional strength oriented in the direction of life.

Matt Damon, actor of the movie "The Martian" (2015), has Leleakuhonua in Pisces (12th Moon-Node House) at the Crossing Point of Age Progressions (Sign Horoscope).

Leonardo Di Caprio, actor of the movie "Inception" (2010), has Leleakuhonua in Pisces (9th Moon-Node House), in conjunction with 2004 VN112; in novile@40º / (hepta)seminovile@ 140º with the Crossing Axis of Age Progressions (Sign Horoscope).

Helen Hunt, actress of the movie "The Miracle Season" (2018), has Leleakuhonua in Pisces (5th Moon-Node House), in conjunction with the Vertex; and in opposition to Pluto.

Sarah Sokolovic, actress of the 5th season of the TV series "Homeland" (2015), has Leleakuhonua in Pisces (6th Moon-Node House), in square with the Crossing Axis of Age Progressions (Sign Horoscope), with Neptune in Sagittarius (3rd Moon-Node House) in conjunction.

It has the following orbital resonances: 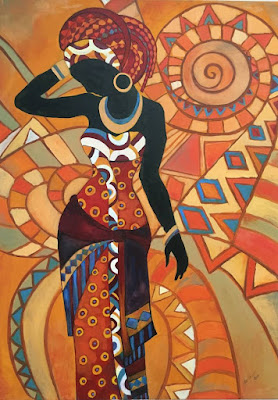 "Mbaba Mwana Waresa is a Zulu goddess of rain, agriculture, and the harvest. She is the goddess of rainbows, a symbol of the link between heaven and Earth. She is particularly revered for teaching the people of Southern Africa the art of making beer (Umqombothi)." (MPC 123452)

Mbaba Mwana Waresa lived in the sky, on a cloud in a house adorned with rainbows. While she was blessing the earth for a lot of rain, she played the bongo [African drum], the sound of which came in the form of distant thunders. She was the daughter of Umvelinqangi, god of heaven and the inner light of creation.

She had the ability to shapeshift, that is why she was also known as 'Nomkhubulwane', which means 'she who chooses the status of an animal'.

According to the legend, she was unable to find a suitable match in the heavens, so she descended to the lands of South Africa. During her tour, the sound of Thandiwe's beautiful song immediately captured her interest. 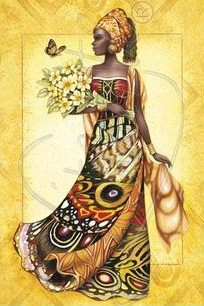 To prove his love, she sent a beautiful woman, while she became an old woman. However, he was not cheated and easily recognized her. The union began a stage of fruitful relationships between heaven and earth.

To help taking out the inner personality, she taught people the art of brewing.

The emotional awareness of the object Mbabamwanawaresa is oriented towards the complexity of the personality, which is based on a wide variety of nuances, which alternate with each other as circumstances require.

The object Mbabamwanawaresa has the ability to constantly perceive details of another person's personality, until an unexpected change occurs in the conception about that person.

Emilia Clarke, actress of the movie "Solo - A Star Wars Story" (2018), has Mbabamwanawaresa in Virgo (7th Moon-Node House), in taotil@15º / (onci)taotil@165º with the axis of the Crossing Points of Age Progressions (Sign Horoscope) in Aries / Libra.

Katie Holms, actress of the movie "First Daughter" (2004), has Mbabamwanawaresa in Virgo (1st Moon-Node House), in conjunction with Saturn; in quincunx with Juno in Aquarius (8th Moon-Node House); and in (penta)seminovile@100º with the Sun and the Galactic Center in Sagittarius (9th Moon-Node House), which are at the Crossing Point of Age Progressions (Sign Horoscope).

Keanu Reeves, actor of the movie "Knock Knock" (2014), has Mbabamwanawaresa in Leo (11th Moon-Node House), in conjunction with the star Regulus; in sesquicuadrate with the Black Moon in Capricorn (6th Moon-Node House); and in (penta)taotile@75º with Neptune in Scorpio (8th Moon-Node House), which is at the Crossing Point of Age Progressions (Sign Horoscope).
Publicado por Amable en 11.6.20 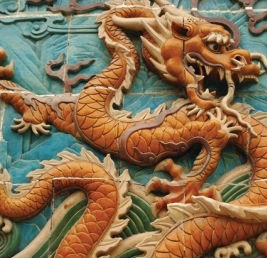 "Gonggong is a Chinese water god with red hair and a serpent-like tail. He is known for creating chaos, causing flooding, and tilting the Earth; he is often depicted with the head of a human and the body of a snake. Gonggong is often attended by his minister, Xiangliu, a nine-headed poisonous snake monster for whom the satellite is named." (MPC 121135) 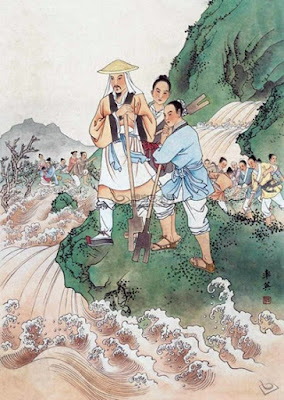 Gong Gong traveled along the waterways, giving names to the rivers and conducting hydrological studies. During the time of the mythological emperor Shun, Gong Gong tamed the overflows that threatened to flood the kingdom. 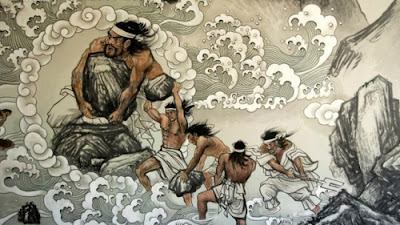 On one occasion, Gong Gong fought against Zhuan Xu for the throne of the empire. His battle was so fierce that the entire universe lost its balance; reason why all the rivers flow to the east. 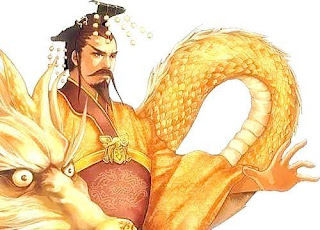 Xiang Liu was a minister of Gong Gong, who also participated in the fight between the line of the Red Emperor and that of the Yellow Emperor. 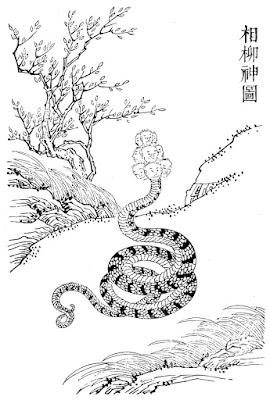 According to some ancient texts, Gong Gong was one of the Three Sovereigns, wich, together with the Five Emperors, constituted the mythological rulers of China before the first Xia dynasty. Traditionally they were credited with the foundation of Chinese civilization and the invention of social, cultural and economic institutions. 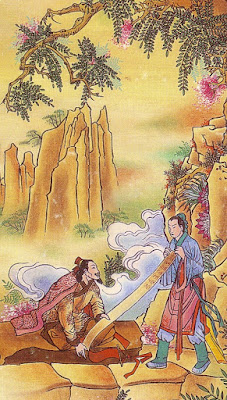 Centaurs of the Kuiper cliff